Professionals in creative fields can expect average starting salary gains of 3.5 percent in 2012, according to the recently released “The Creative Group 2012 Salary Guide.” The guide lists starting salary ranges for more than 100 positions in interactive, content-development and management, advertising and marketing, and public relations. 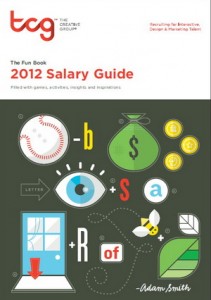 The figures in the guide are national averages for the U.S., but can be adjusted for more than 130 U.S. markets, using the local variance figures also included in the guide.

2012 Salary Guide from Robert Half for accounting and finance

Salary calculators that can be used to determine average starting salaries in hundreds of local markets can be accessed via the links to the Salary Guides above.

Since 1950, Robert Half has produced Salary Guides to offer business owners and hiring managers information on prevailing starting salaries in their geographic areas and insight into employment trends. Information in the guides is based on the thousands of job searches, negotiations and placements managed each year by Robert Half’s staffing and recruiting managers, along with the company’s ongoing surveys of executives. The U.S. Department of Labor’s Bureau of Labor Statistics has used the guides when preparing its comprehensive Occupational Outlook Handbook. The salary guides only report starting salaries, because continuing salaries are based on many other variables, such seniority, work ethic, job performance and training.

On the Robert Half International website, you can find a variety of reports and white papers, including “Business Etiquette: New Rules for the Digital Age.” The guide discusses etiquette related to Facebook, Twitter, instant messaging, and phone, video, and web conferencing.

About Robert Half International

About The Creative Group