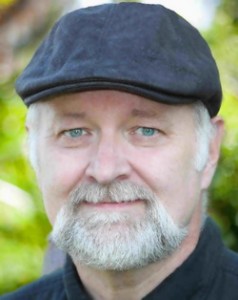 What will novels of the future be like? David Farland, a best-selling author of more than 50 novels, thinks he knows. He predicts authors will take advantage of advances in e-book technology and use music, art, and animation to enhance the novel’s storyline.

Then, publishing houses will become more like multimedia production houses, with book editors serving as “producers.”

To start preparing for a future in which the text of a novel comes together with images and sounds in a meaningful way, Farland co-founded East India Publishing. The company used enhanced e-book technology to produce Farland’s new young-adult novel “Nightingale.”

As he developed “Nightingale,” Farland purposefully crafted a storyline that would make use of enhanced e-book technology. Instead of adding sound and art as an afterthought to an existing manuscript, Farland created a work in which the music and art fit the story. 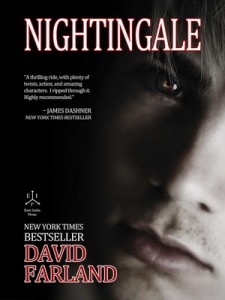 His story is about a young man who wants to become the world’s greatest guitarist and venerates the music of Joe Satriani. The 45-minute album of music that supports chapters in the enhanced e-book, was created by James Guyman, head of the American Composers’ Guild. Farland reports that “The music sounds like it could have been produced by Satriani, in the style of Pink Floyd, brining the music in line with the story.”

Farland regards “Nightingale” as a first step toward creating a more engaging form of novel, the kind that kids who are reluctant readers might devour.

Although die-hard lovers of printed books swear they will never read an e-book, Farland says, “The enhanced novel, when done properly, can be something to experience” and may take e-reading to the next level.

Ultimately, the production of enhanced novels may require troupes of writers, artists, illustrators, animators, composers, and musicians commissioned to create a finished work that is far greater than a single writer could achieve working alone.

For “Nightingale,” East India Press hired several artists and inserted “cinemagraphs” in chapter.  (A cinemagraph is a minimalist form of animation in which only one element of a photo or illustration moves.) Other features of the enhanced e-book version of “Nightingale” include video interviews and photographs of the setting in which the story takes place.

The Evolution of Publishing Houses

The rise of enhanced e-books will mean that traditional publishing companies may eventually operate more like production houses, says Farland. They will be equipped not just to produce novels, but stories in many formats.

Creating e-books has become so cheap and easy that readers are being deluged with books that often aren’t very good, Farland points out. He believes readers will soon realize that the publishing-company gatekeepers (the editors and agents) served a useful purpose by  reading through the slush piles of manuscripts to find those authors whose works were ready for the marketplace.

As more and more people start using e-readers to read most of their books, publishing houses won’t have to spend as much money to print, distribute and warehouse books. Instead, he says, “We’ll spend it on creating great products.”

This means that “We’re going to need editors in the future who understand how to green-light a novel and who can recognize what will please an audience. But once a work is selected, the editor will take the role of the producer—assembling a creative team of composers, musicians, illustrators, animators, directors, sound-effects engineers, and so on.”

“We don’t want to replace reading,” contends Farland. “We don’t want to make movies. Reading often engages imagination in ways that movies fail to. We want to keep it that way. We want the reader to be a partner with us in brining a tale to life. At the same time, we hope to ‘enhance’ the story, help readers become more fully involved with it, yet keep budgets to a reasonable price. With film clips, animations, illustrations, background music, and sound effects, we can create something that fuses a lot of storytelling tools.”

For “Nightingale,” David Farland and East India Press didn’t stop with the enhanced novel. They also put the book out as a standard e-book and hard-cover print book. They also offer a full album of music and an audio book version complete with sound effects and background music from the album.

East India Press has created a web-simulation technology that mimics how the enhanced e-book appears on the iPad. So if you don’t yet have an iPad, you can see what an enhanced novel might look like by visiting: http://www.nightingalenovel.com

To read more about Farland’s vision for the future of publishing, download the plain-vanilla PDF entitled “The Future of Publishing is Self-Publishing.”

White Paper: The Future of Publishing is Self-Publishing by David Farland

1 thought on “Publishing Enhanced Novels May Require Teams of Writers, Artists, and Musicians”