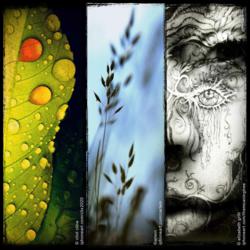 The second annual IPA Mobile Art Grant is open for submissions on iPhoneArt.com (IPA). The IPA Grant is the only international grant program specifically designed to provide financial support for mobile artists emerging at the top of their field.

IPA’s 2011 grant recipient will receive $1,000 to help further his/her mobile art career. The top 20 entrants will be published in an IPA-produced book highlighting the most influential mobile artists of 2011. The top three will be guaranteed a spot in IPA’s first Los Angeles interactive exhibition, scheduled for May 2012.

There is no submission fee for the IPA Mobile Art Grant. You may submit up to 10 images that you have created in the past year. Images must have been shot and processed on an Apple iPhone or iPad. The apps used to create each image must be listed on the submission form.  Deadline for submissions is December 31, 2011.

Jane Deering, who operates the Jane Deering Gallery, will serve as lead juror for the grant award program. A staunch advocate of contemporary art for most of her life, Deering became interested in iPhoneography through the work presented on iPhoneArt.com.

Other jury panelists include the two founders of IPA: Daria Polichetti and Nathaniel Park, as well as the 15 artists who have been named IPA Artists of the Month since the IPA was founded in 2010. The 2010 IPA Mobile Art Grant recipient has also been invited to sit on the panel of jurors.

The jury panel will get involved in the judging after a one-week public-voting period allows all members of the IPA community to have a voice in the selection of the grant recipient. Each member of IPA will be allowed to vote one time per image per day. At the end of the week, the 50 artists with the most cumulative votes on their 10 submitted images will be announced as semi-finalists. The jury panel members will then have one week to review the works of the top 50 semi-finalists and determine their top 20 in order of preference.

Deering will review the submissions of the top 20 finalists and select one winner and two runners-up. The IPA plans to announce the 2011 Mobile Art Grant recipient and runners up on January 25, 2012.

Launched in Santa Monica, CA at the end of 2010, iPhoneArt.com provides a place for iPhoneographers to discuss their work, collaborate with one another, learn about apps, and share what they have made. After being listed on Mashable.com as one of the top-10 essential iPhotography sites, IPA has grown from a small group of collaborators to a community of more than 3,000 artists.

“The IPA community is built around the idea that all artists can improve their craft by engaging in discourse with others, by offering critiques and comments, and being open to receive them. It is a place where long-term artistic relationships are created, and where the more advanced artists mentor and encourage those who are new to the field,” says Polichetti. “Each day offers work that is surprising and new.”

The manifesto on iPhoneArt.com describes how the emerging iPhoneography movement fits into the history of art and photography. Artists who use smartphones and other handheld devices as new art mediums are encouraged to get involved.

“Mobile artists everywhere are creating and experimenting,” reads the manifesto. “The floodgates are open—a new art form is ready to be explored. Here at iPhoneArt, we are inspired by new technologies that allow most anyone to create images, music, and movies at any given moment, no matter where they are.”