While researching a magazine article on art collecting, I had a great conversation with artist Bonny Lhotka. She told me about some of the art works she has been commissioned to create for corporate clients. She said many corporations want something that conveys their brand and what they do. Instead of displaying graphic advertising or posters in their reception areas, they want art that conveys a subtle connection to their business.

Not long after that interview, I ran across a news release about a photographic art project that reinforces what Bonny had told me about opportunities for talented artists and photographers.

When designing their new corporate headquarters in Phoenix, Arizona, executives at Clear Channel Outdoor America (CCOA) wanted custom artwork that would add visual interest to their offices while conveying the essence of their brand. So they commissioned photographic artist Nat Coalson to create six large-format canvas art prints that give viewers a sense of the wide range of clients who advertise on their assortment of billboards and other out-of-home displays. Because CCOA prides itself on offering innovative solutions, they wanted art that went beyond traditional documentary-style photography.

So, Coalson used a decidedly abstract style to create a collection of photo montages. Each montage provides enough detail to convey the CCOA brand. 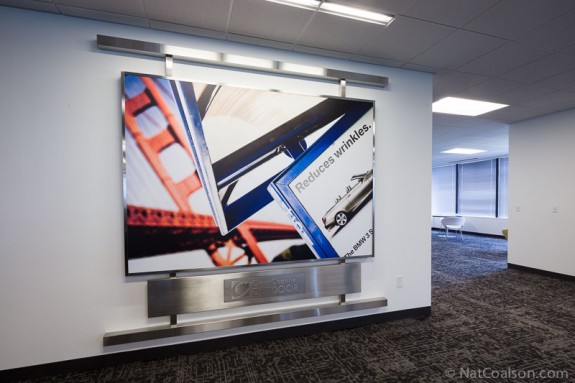 “We commissioned Nat to capture a set of unique images of a rather mundane subject: outdoor billboards,” said Ron Cooper, former CEO of Clear Channel Outdoor Americas.  “We wanted something that was consistent with our brand–colorful, exciting, high impact, and easy to identify, but less ‘literal’ than a typical head-on photograph of a billboard. Nat delivered a creative and clever interpretation of our ‘product’ that is now an integral part of the new corporate office decor.”

Originally from Colorado and now based in the United Kingdom, Nat Coalson has worked professionally in design, photography, digital imaging, and printing since 1987. His work has been exhibited extensively and he is the author of many photography-related books, including “Nature Photography Photo Workshop” and “Lightroom 4: Streamlining Your Digital Photography Process.”

To start the series for Clear Channel Outdoors, Coalson used high-resolution digital cameras including Hasselblad H4D and Canon EOS 5D Mark II systems to photograph billboards and other advertising structures at locations in Los Angeles, California and Albuquerque, New Mexico. Over four days of shooting in the two cities, he produced nearly 1500 photographs. Throughout the shoot, clients could see online proofs of all of the work in progress.

CCOA team leaders then selected which billboards and advertising structures they wanted to include in each of the finished artworks. The chosen images were then paired with photographic backgrounds featuring iconic landmarks selected from CCOA’s key markets across the U.S.

Using digital compositing capabilities in Adobe Photoshop and Photoshop Lightroom, Coalson seamlessly merged the billboard structures with the background plates. To complete each composite, he added actual advertising imagery from CCOA’s client archives onto the face of billboard.

The digital images were printed by The Studio, a fine art printmaking agency in Phoenix, and installed in custom aluminum frame structures supplied by FM Solutions, the interior design firm that handled the build-out of the CCOA offices. 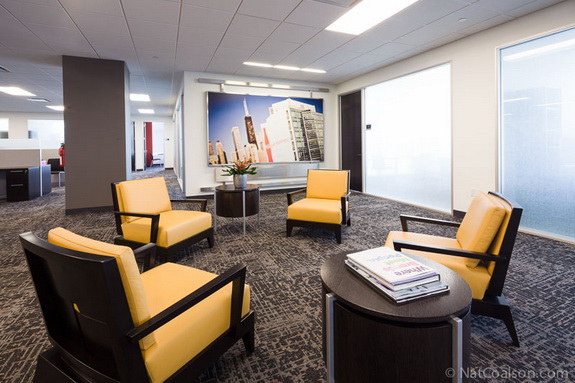 The images hang in locations throughout two floors of the CCOA office space and integrate well with the décor. Like CCOA’s billboards, the finished art has visual “stopping power.”