As companies increase their focus on digital strategy, starting salaries are rising for professionals with expertise in this area. The 2016 Salary Guides from staffing specialists Robert Half Technology and The Creative Group show that base salaries in the technology and creative fields are expected to increase 5.3 percent and 3.8 percent, respectively, in the coming year. But some roles are projected to see even bigger pay bumps.

The following eight high-paying jobs are expected to see substantial increases in average starting salary in 2016, according to the Robert Half Salary Guides*: Compared to 2015 starting salaries, the eight positions below will see starting salaries from 5.9% to 9.7% higher than in 2015. 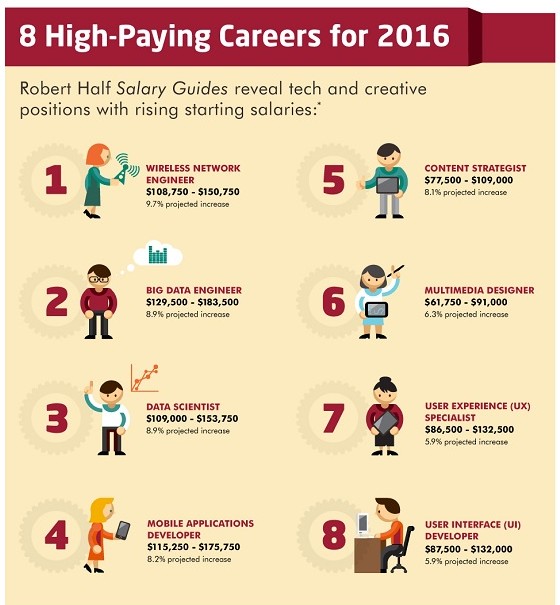 Both Robert Half Technology (rht.com) and The Creative Group (creativegroup.com) are divisions of Robert Half, the world’s first and largest specialized staffing firm.