DigiFest South seeks the most innovative and progressive artists, companies, organizations, and educational institutions to showcase their contribution to the digital age and inspire young minds to seek careers in the digital media industry. Registration forms can be found online at www.bossierarts.org.

All entries for digital art, display booths, and entrepreneurial pitches must be submitted by June 29. 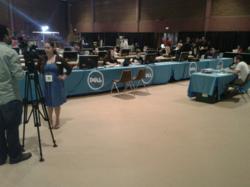 Events at CoHabitat Shreveport will include several workshops, panels, and talks centered on digital media, including panels on how to continue building a digital media infrastructure in Louisiana, business planning, and an angel investor pitch event. Also new for the 2013 festival, DigiFest South will present a digital music concert underneath the Texas Street Bridge in downtown Shreveport. 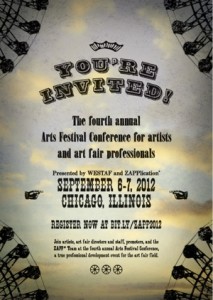 To learn more about how to sell art through arts festivals, check out the 2012 Arts Festival Conference scheduled for Thursday, September 6 and Friday, September 7 at the Avenue Crowne Plaza Hotel in Chicago.

During the Symposium session from 9 am to noon on Friday, you can listen in on a high-level panel discussion of art-business trends and industry changes, cultural policy and the larger arts and culture landscape, and inventive ideas.

On Friday afternoon, a public portfolio critique session will give you a behind-the-scenes view of what happens after you submit entries to an arts festival. A mock jury of art professionals will discuss image submissions in terms of composition, technical presentation, artistic presentation, or image quality.

All artists and art-festival administrators are welcome to register for The 2012 Arts Festival Conference. You don’t have to be a ZAPP® user to attend. Special day-pass rates are available for Chicago-area residents. Register now at bit.ly/zapp2012.

ZAPP is an online application and adjudication system that was launched in 2004. More than 500 art shows and cultural events now use ZAPP to manage their application, administration, and jury processes online. More than 60,000 visual artists are currently registered with the ZAPP system.

ZAPP is managed by WESTAF, a non-profit arts service organization dedicated to the creative development, advancement, and preservation of the arts regionally and through a national network of clients and alliances.

ART SAN DIEGO (ASD) has launched a Kickstarter campaign in hopes of raising $25,000 to commission 15+ art groups to create “Art Labs” in conjunction with the fair. Commissions will range from $500 to $2,000 per project.

Projects selected for the “Art Lab” designation will run during the ART SAN DIEGO event (September 6-9) in various locations in Balboa Park and throughout San Diego. They can be sited at indoor or outdoor public spaces, but must invite participation by the general public. 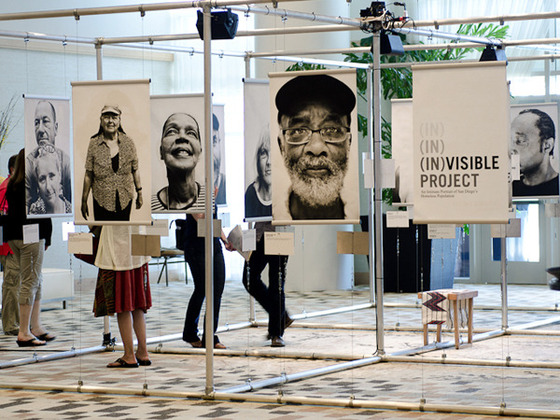 “We are looking for projects that break into the public realm in surprising ways, reaching people beyond traditional limitations of class, age, race and education,” explained Ann Berchtold, co-founder of ASD. “‘Art Labs will feature single and multi-artist exhibitions, performance, urban multimedia installations, cooperative gallery and institution events and exhibitions, and music performances at locations around town.”

“Art Labs” will be promoted as a key part of ART SAN DIEGO and ARTS MONTH. Artists who are confirmed by mid-July will be featured in the show catalog which achieved over 80,000 impressions (print and online readership) in 2010. “Art Labs” will also receive special promotion through our email distribution list of over 10,000 collectors, our social network channels, iPhone apps, and interactive map.

The 2011 ASD fair had 19 “Art Labs” sites from North Park to Tijuana to the Airport, with some locations hosting multiple projects. Approximately 250 artists, curators and volunteers were involved.

The Kickstarter campaign was launched to support 2012 Art Labs because “All of us at Art San Diego understand the importance of compensating artists for their work.” said Berchtold.  “We feel very strongly about it and want to set the stage with a commitment that all future local non-commercial art involvement in the fair be fairly compensated – either through commerce at the fair or commissions.”