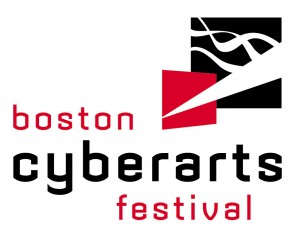 Dozens of events at the Boston Cyberarts Festival scheduled for April 22 through May 8 will challenge the public to look at art in whole new ways. For example, events include: an interactive, virtual-reality visit with an Egyptian oracle; an exhibition of dynamic digital paintings; and two demonstrations of how augmented reality can be used for public art projects.

Virtual Reality Exhibit
Commonly used in gaming, virtual reality refers to computer-simulated environments in which a physical presence is simulated in a real or imaginary world. The Egyptian Oracle event at the Boston Cyberarts Festival will use a virtual-reality, interactive narrative based on the Egyptian tradition of the public oracle to help audiences develop a deeper understanding of Egyptian culture.

Scheduled from 2 to 4 pm on Sunday, May 1 at the Cyberarts Central headquarters at Atlantic Wharf, the event will focus on an important religious event from the Ptolemic Period.  An expert puppeteer will virtually control an avatar of an Egyptian high priest, who will collaborate with live educators, other figures in the virtual Temple of Horus, and the audience. The event will be filmed for a general discussion afterward.

See Aliens Invade Boston’s Greenway Park: Mark Swarek and Joseph Hocking will present an augmented reality-experience at Boston’s Rose Fitzgerald Kennedy Greenway Park. Entitled “Occupation Forces,” the art project enables people who have downloaded a special “alien detection app” to see invading aliens that will go undetected by the unsuspecting public. App users will encounter the invaders at multiple locations and watch the occupation intensify as they near the center of the park. 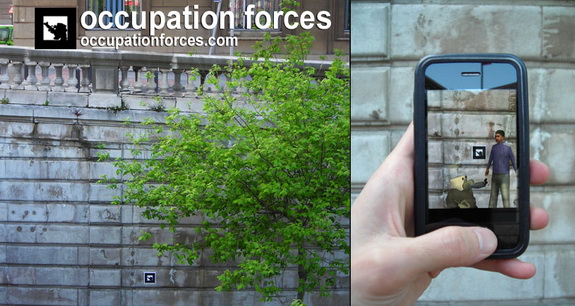 See Virtual Public Art at the Institute of Contemporary Art: The artists’ collective Manifest.AR has produced an augmented reality app that uses geolocation software to superimpose a virtual exhibition of computer-generated art objects in and around Boston’s Institute of Contemporary Art. From 3 to 5 pm on Friday, April 22, the artists will be on hand at the ICA to demonstrate how to access the work and talk about individual projects.

About The Boston CyberArts Festival
The biennial Boston Cyberarts Festival showcases the rich and vibrant world of art and high technology in New England. Cyberart encompasses any artistic endeavor in which computer technology is used to expand artistic possibilities.