Here’s a great example of how colleges are adapting their programs to cater to the growing demand for lifelong learning. 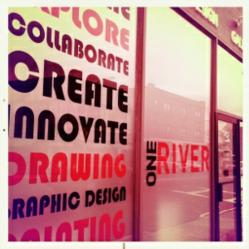 One River School of Art and Design in Englewood, NJ will be launching specialized Digital Certificate Programs that will aim to meet the creative learning needs of adults in northern New Jersey. The Programs will be in four specific areas of interest: Graphic Design, Web Design, Online Marketing and Digital Photography.

“In today’s marketplace, adults want new digital skills that will contribute to their personal or professional growth,” says Matt Ross, founder of the One River School. “If you run a small business, having these skills can provide you with new services to sell. If you work in the corporate world, these skills may help to increase your salary or provide flexibility to gain a new position. On a personal level, these can simply be cool, exciting, and fun skills to have. Whatever the goals are of interested adults, our four Digital Certificate Programs will allow them to attain this valuable education at an affordable cost in a high-tech facility that’s centrally located and easily accessible.”

One River School of Art and Design’s Digital Certificate Programs will be flexible: they will allow students to customize their areas of study and tailor the days/times of their classes to mesh with their busy home or work schedules. The Programs will require students to take three required classes in their chosen specialty and complete their certificates by adding three electives from a large menu of class options, including “Intro To Online Marketing”, “Photoshop and Illustrator”, and “Blogging Basics”. There will be a maximum of 12 students per class, and each class will be taught by industry-leading instructors who also teach at major universities in the tri-state area.

“One River School of Art and Design’s new Digital Certificate Programs will be personalized for all of our adult students,” says Ross. “They’ll allow members of our community to gain experience with the latest digital creative tools, and be more competitive in their chosen fields.”  Classes will begin in April.

One River School of Art and Design

It boggles the minds of many non-gamers to learn the degree to which digital gaming has become a multi-billion dollar industry. About a third of Americans – adults as well as younger people – now engage in some form of digital gaming at least once a month. The dollar value of game revenues is double what it was just four years ago. Core gamers spend 18 hours per week on games. 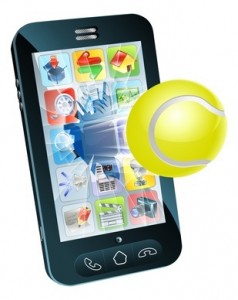 In the mid-aughts (2005), the Nielsen Active Gamer Study found that the number of male gamers ages 25 to 40 had expanded significantly, indicating a maturing of gamers from their adolescent stereotype. The number of women gamers was also growing, particularly through the multiplayer online format and games that involve communal experiences. Women comprise about 41 percent of computer gamers, according to an article in PC World Canada (“Women video gamers: Not just solitaire,” by Hannah Guy, March 12, 2007).

Non-gamers might assume that this is just something to replace television viewing. To some extent that is true – time spent playing online games via computer, tablet or smartphone means less time watching television (there are only so many hours in a day, after all). But it helps to understand human history and psychology to see what exactly is going on.

For businesses, it is starting to make sense to embrace rather than resist the gaming phenomenon. Game play is well embedded into human psychology; something a smart manager knows how to leverage.

Aristotle wrote 2300 years ago that play and sport are among the highest forms of human activity. He said play offers senses of liberty and joy that come from no other source. Play, said the Greek philosopher, places demands on our energies and skills that transcend the everyday individual. He noted that the structure of game rules, the regulated space and the existence of a judicial system within each game represent or replicate the order of life and the universe. Meanwhile, the joy of games (and good sportsmanship in defeat) helps lift us out of the ordinariness of life.

In other words, Aristotle would probably understand World of Warcraft, Braid, The Sims, Second Life and Words With Friends.

So what might this have to do with businesses and workplaces? The aging of the gamer, or more accurately the reach of gaming into older demographics, shows that employees of companies are gaming in earnest already. The valued younger-to-mid-life employee is accustomed to interacting through games and it is something they are more than willing to do.

So it only makes sense that games are becoming a tool for teaching and problem solving. A game created already 30 years ago is the Microsoft Flight Simulator and its most recent release, Flight Simulator X. This is considered an important training aid in the aviation community, while professional emergency first responders similarly use VBS1 (a game that simulates how equipment and vehicles are used in emergency mission scenarios) to familiarize themselves with possible real-life situations and decision making. Each is referred to as “serious games.”

For non-tactical business needs, companies are using games to develop business skills. The Entertainment Software Association predicts that by 2013, fully 80 percent of major domestic employers will use serious games to train employees. The association claims that simulated programs on a computer lead to better information retention than traditional training methods. The website CareerBuilder.com reported in 2010 that games are being used by companies and the U.S. Army to recruit people. It also found companies that use games as a relaxation tool to improve employee retention, such as a clothing manufacturer in Chicago that provides its employees with time and space to play Guitar Hero.

I created my own teaching tool in the serious games category called The Redistricting Game. Its purpose is to teach by way of game engagement the means by which states draw congressional district lines following the decennial U.S. Census. The game takes players through how the system works – as well as how it is often abused and the reform initiatives intended to curb those abuses.

While most students at the school for game design at the New York Film Academy, where I teach, enter due to their enchantment with entertaining games, a portion of them might well find their way to serious games in their careers. The opportunities for new game applications are expanding, and as Aristotle notes, play is an intrinsically human activity that naturally draws players.

Play as a means to learn – isn’t that what we need in an evolving, complex and demanding world?

Chris Swain is a leader in the games design and development industry, with two decades experience that includes co-founding the Electronic Arts Game Innovation Lab at the University of Southern California while a professor in the School of Cinematic Arts. Chris developed games for Disney, Microsoft, Sony, The Los Angeles Times, Rockefeller Foundation, U.S. Department of Defense, Discovery Channel, Intel, among others and garnered many awards. Serious games that Chris has created include Ecotopia, Play the Game Save the Planet, a cinematic, story-driven game focused on environmental protection, and The Redistricting Game, which was funded by the Annenberg Center for Communication to educate citizens on the U.S. congressional redistricting process. He is the creative director in the Game Design program at the New York Film Academy.

Freelancing is very prominent within the design industry. According to the Occupational Outlook Handbook published by the Bureau of Labor Statistics, 29% of graphic designers are self-employed, along with up to 59% of individuals working in digital arts, multimedia, and animation. Unfortunately, many design programs do little to prepare students to run their own businesses.

Recognizing that entrepreneurial training is an essential part of preparing design professionals, Sessions College has introduced a new concentration to their certificate program curricula: Design Business. 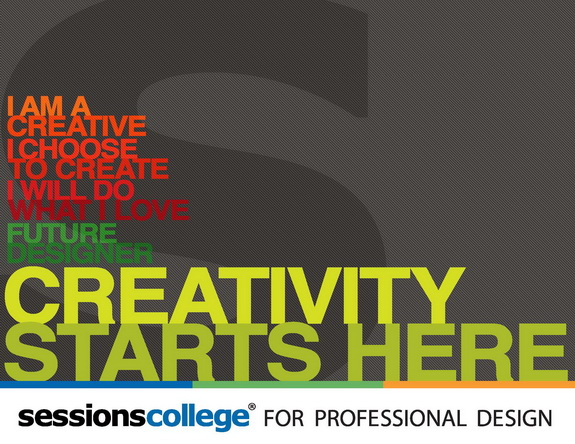 This new concentration, along with 13 other design concentrations, can be added to any of the 7 available certificate programs at the Professional or Advanced levels. Using this range of options, students can build a strong foundation in visual design while gaining skills in a variety of design subjects; preparing them to fill a niche of their choosing within the design industry and increasing their potential for success.

To prepare art and design professionals for successful careers, Sessions College provides a thorough training in the technical, creative, and critical-thinking skills required for a fast-changing industry.

Courses in the Design Business concentration