DESIGNERS. Digital signage is quickly gaining favor as a powerful new medium for advertising, information display, and entertainment. According to a recent report by Global Industry Analysts, the global digital signage market will grow to $13.8 billion by 2017. While the retail sector remains the prime end-user of digital signage technology, the GIA analysts expect growth to occur in other market segments such as financial services, transportation, and hospitality.

Although some budget-conscious small business owners might prefer using turnkey, ‘in-the-box” software and design templates to create, schedule, update, and monitor high-definition displays, Hastings points out that, “The content displayed on the digital sign is by far the most important in determining the success or failure of the digital signage.”

He advises hiring professional content developers who know how to use tools such as Adobe Creative Suite, Cinema 4D and Maya for motion graphics, and Final Cut with video editing. With these tools, creative pros can use content that can be used not just for digital signage, but also for websites, advertising, brochures, and mobile marketing.

For example, the image below shows how moving images on a backwall display are closely tied to the images on freestanding and tabletop displays. Hastings points out that audiences have come to expect top-notch visuals.

He writes, “Today’s sophisticated consumers have higher expectations when it comes to the messaging media they view. Since most consumers still watch a tremendous amount of TV network programming and Hollywood movies, they have an expectation of highly produced content.”

In his post, Hastings quotes Kirk VanderLeest, vice-president of the video-production house Flixio, in Oregon City, Oregon: “Basically, digital signage is all about the content, and the last thing you want to do is to be limited by the creation software for your final content. We recommend having professional content developers create the absolute best content they can, and then let the digital signage software do what it’s good for–distributing and managing the content.”

As demand for digital signage grows, so will opportunities for designers. When we asked Flixio Creative Director McKay Marshall about what types of skills he would look for when hiring new creatives, he told us: “Because the boundaries of digital signage change daily, we’re looking for creatives who can think “outside the frame.” Gone are the days of 4:3 aspect ratios, and 16:9 formats are becoming more and more nebulous. Sometimes it’s rocked over on its side. Sometimes it’s joined by a wall of 30 other screens. Being able to ideate independent of one particular format creates separation among designers, and delineates the success of companies.”

Marshall offered this advice for creatives who might want to get into the digital signage field: “Focus on what it is that you look at as you go throughout your day. You can learn a lot about what works in design by being cognizant of where your own attention is spent. Remember that digital signage differs from other motion and time-based mediums in that it is first and foremost a sign. Work out your design as a static concept, then bring it into animation after it succeeds as a still image.” 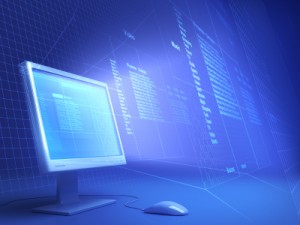 When desktop publishing, Photoshop, and other imaging technologies first hit the scene, graphic designers were among the first to recognize that mastering new technologies would sooon become an integral part of their jobs. Still, few people really envisioned how rapidly and radically advances in digital imaging, digital printing, communications, and the Internet would transform the world of business and commerce. The “rules” are marketing and publishing are being rewritten every day.  Here’s a quick rundown of major challenges and opportunities for graphic designers.

Constant training and equipment updating. The shift away from print advertising and print publications to new forms of Internet advertising and interactive media requires designers to continually update their skills  and computer hardware and software. Designers are typically on the leading edge of figuring out how to make new forms of communications click with users.

Multi-channel marketing demands speed and flexibility. High volumes of graphics often must be produced under tight deadlines. In addition to producing graphics for multiple forms of media, the messaging often must be customized and directed to narrower audiences. Production speed and efficiency are essential.

Keeping up with changes in consumer preferences. Graphic designers must stay attuned to the fast-changing trends and preferences within audiences of different generations, cultural backgrounds, and tech-savvy.

Expanded roles and changing expectations. Companies expect designers to add value by differentiating their brands, products, or customer experience.  Designers can expand their roles by helping organizations prepare for the next wave of changes in technology, communications, and society.

Mass customization and personalization. The incredible versatility of large-format, on-demand, and 3D printing has opened new opportunities for all types of products, books, and décor to be custom designed. Designers can work with a broader range of clients and come up with new ideas for vehicle wraps, wallcoverings, environmental graphics, fabrics, clothing, jewelry, and home furnishings.

New business models for design firms. Entrepreneurial designers can use the Internet to sell a wide range of their own custom-designed products and services.