The annual SIGGRAPH conference is a five-day interdisciplinary educational experience for researchers, developers, and users of computer graphics and interactive techniques.  SIGGRAPH 2016 (July 24-28 at the Anaheim Convention Center) will feature two emerging opportunities for designers and artists: immersive art and virtual reality.

The Art Gallery at SIGGRAPH 2016 will feature 10 highly interactive and immersive art installations that illustrate the theme “Data Materialities.”

According to SIGGRAPH 2016 Art Gallery Chair Jonah Brucker-Cohen, “We have made a special effort to bring back large-scale, highly immersive displays for the Art Gallery. Our title ‘Data Materialities’ illustrates the fact that in 2016 we are all constantly surrounded by networks, information, and data. Whether these stimuli consist of electromagnetic frequencies or physical wired connections, networks are everywhere, consuming and permeating our offices, homes, schools, and public indoor and outdoor spaces.” The exhibition will expose the plethora of data and not only show its complexity,  but allow us to relate to data on a human scale.

“By injecting humor and kinetic energy to this year’s exposition, the Art Gallery will make light of these data platforms and present them on a grand scale to reveal their ubiquity,” said Brucker-Cohen.

Here are few examples of the installations SIGGRAPH visitors can explore:

This large, walk-through experience uses more than 8000 individual points of suspended light to create feelings of presence and movement within physical space.

This installation investigates how art, technology, and playfulness can create new systems of communication. Two beautiful swings light up and display social media messages, encouraging participants to connect while they play.

This playful, interaction installation combines experimental blackout poetry with the “Plinko” game made famous on the TV show “The Price is Right.”  Every player can be both a winner and poet. Using text from @nytimes and @FoxNews tweets, players can absurdly recontextualize news headlines.

For more information about the Art Gallery at SIGGRAPH 2016, visit s2016.siggraph.org/content/art-gallery.

The Summer of VR

To celebrate “The Summer of VR,” SIGGRAPH 2016 will feature an unprecedented number of experiential and cutting-edge Virtual Reality (VR) and Augmented Reality (AR) installations.

In the VR Village, attendees can explore the potential for new VR and AR formats for telling stories, engaging audiences, and powering real-world applications in fields such as health, education, entertainment, design, and gaming. The 2016 VR Village will feature real-time immersion in tomorrow’s virtual and augmented realities, including short-form immersive filmmaking.

“When attendees at SIGGRAPH 2015 were surveyed, many of them stated they would definitely like to see more VR and AR experiences in 2016,” explains SIGGRAPH 2016 VR Village Chair Denise Quensel. “We have assembled a diverse array of VR/AR content that will captivate attendee interest throughout the week.”

Some examples are listed below:

MechVR allows participants wearing VR headsets to go inside a physical motion simulator. Each player can embody a giant biped robot machine that will walk, run, and fly and use a hand controller to hit practice targets. The physical movements of the players will match the visuals presented on their VR screens. MechVR was originally developed for flight and training simulators, but could be used to develop new attractions for theme parks.

Participants will wear a full-body, haptic VR suit that includes 18 power micro-sensors synced to a choice of VR environments. Users will be able to feel the beat and pulse of music within the synced environment. The creators will also showcase a custom game interface that takes full advantage of the suit’s potenial.

Other features of the VR Village include showings of VR films by Google Spotlight Stories team, Carnegie Mellon University, and Baobab Studios and presentations about:  the art and science of immersion, production for VR storytelling, and how VR experiences can be agents of change.

For a closer look at the VR Village, visit: s2016.SIGGRAPH.org/VR-Village 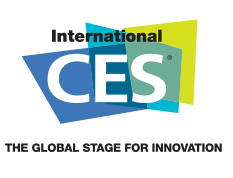 The scope of the International CES conference and expo extends well beyond everyday electronics such as TVs, tablets, audio systems, cameras, and gadgets.

The 2014 International CES (January 7-10) in Las Vegas will showcase how connected technologies are changing the way we run our homes, drive our cars, educate our children, monitor our health, care for the sick, buy things in stores, play games, and watch videos. Tech zones will include areas devoted to robotics, fashionware, fitness technology, digital health innovations, and 3D printing.

The 3D Printing TechZone will showcase the various additive manufacturing processes that are being used in making prototypes in the medical, aerospace, engineering, and automotive industries as well as the more compact 3D printers that are making the process more accessible to makers and consumers. 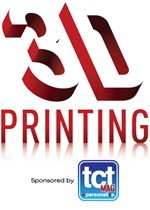 A Conference Track entitled, “Don’t Believe the Hype? 3D Printing Uncovered” is being organized by experts from TCT Magazine and Personalize.

Personalize is a web portal that delivers 3D printing news and printable designs to consumers. TCT Magazine is a leading source of business intelligence on industrial 3D printing. They have been covering the topic for more than 20 years. The editors of TCT magazine note that “3D printing is an overnight sensation that has been around for 30 years. Consisting of tens of technologies processing hundreds of materials, there’s more to it than meets they eye.”

Other Programs of Interest to Creators

Sometimes, the disruptive impact of emerging technologies can difficult to predict. Many of the conference sessions are less about the technologies, and more about the types of changes they might bring.

For example, one session will focus on how Hollywood is being affected by the world of always-connected, always-on media and the ability to watch video whenever and wherever we want. Another session will examine how mobile photography on smartphones and tablets has affected photography-related businesses.

A session entitled “The Roar of the Crowd” will examine how crowdfunding through sites such as Kickstarter to deviantArt is changing how content is funded, created, and curated.

Other session titles include:

The International CES is the world’s gathering place for all who thrive on the business of consumer technologies. Held in Las Vegas every year, it has served as the proving ground for innovators and breakthrough technologies for more than 40 years—the global stage where next-generation innovations are introduced to the marketplace.

CES showcases more than 3,200 exhibitors, including manufacturers, developers and suppliers of consumer technology hardware, content, technology delivery systems and more; a conference program with more than 300 sessions; and more than 152,000 attendees from more than 150 countries.

ARTISTS. Some excellent examples of how art is merging with science and technology will be on display in the art gallery at the SIGGRAPH 2013 Conference, July 21-25 at the Anaheim Convention Center in Anaheim, California.

Thousands of computer graphics and interactive technology professionals will attend the conference and exhibition to learn about emerging technologies and attend programs on research, science, art, animation, music, gaming, interactivity, education, and the web.

The theme of exhibition in the Art Gallery at SIGGRAPH 2013 is “XYZN: Scale.” The theme reminds us that a key advantage of computer-based art is the ability to iteratively scale digital representations at will –in-out-up-down, back and forth, + and -.

Exhibits in the SIGGRAPH 2013 art gallery will explore how artists take advantage of these capabilities in the construction or aesthetic effects of their work.

Here are just three of the exhibitions you can see in this year’s gallery.

In an exhibit of “Hybrid Basketry,” Amit Zoran of MIT Media Research Lab merges contemporary 3D printing and traditional craft. 3D printed structures are shaped to allow the growth and development of hand-woven patterns. While the 3D printed plastic elements contribute to the aesthetics of the digital curvatures and manifolds, the hand-woven reed, jute, and canvas fibers give the baskets a unique organic appeal.

In the exhibit “Visualizing Federal Spending,” Rebecca Ruige Xu of Missouri State University and Sean Hongsheng Zhai of Red Dot Blue Square have created 3D photorealistic compositions that provide a more aesthetically interesting view of government spending. The project uses procedural modeling with Python programming and Maya API to form organic flows of intermingled geometrical units to represent the profile of federal spending for each state. Total expenditures are scaled to a per capita basis to make different states comparable, while the overall surface area or volume occupied by each type of geometrical pattern represents its associated spending data. 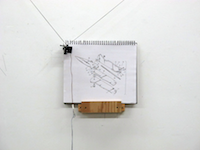 Interdisciplinary artist and engineer Robert Twomey of the University of Washington will be showing a Drawing Machine.Laboring in place of the artist, the precision-controlled CNC device will work with unfaltering patience and inhuman precision to fill a sketchbook with images over the course of the exhibition.

On the SIGGRAPH website, you can find descriptions and links related to all 15 exhibits that will be featured in the Art Gallery. The creators of the works will be talking about the works during two “Art Talks” panel discussions on Wednesday, July 24. A reception for the artists, designers, and authors of the works selected for SIGGRAPH 2013 will be held Tuesday, July 23 from 2:00 to 3:30 pm in the art gallery.