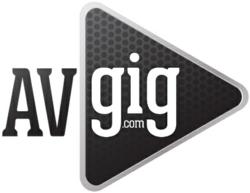 “What makes AVgig.com unique among freelance job sites is the ease with which businesses can post projects,” says Tim McLaughlin, founder and president of AVgig.com. “Completing audiovisual projects often requires a variety of creative professionals – a videographer to shoot and edit video, a graphic designer to provide logos and other visual elements, an animator, a voice talent to record narration.

With AVgig.com a company can post one project and list each type of creative they need to complete the project. They can specify the budget, details of the project, starting and ending dates, and the number of bids they want to review. Once a business has reviewed the bids received through AVgig.com it can contact the creative freelancer directly, discuss additional project details and make payment arrangements. Unlike some other freelance job sites, we don’t stand in the way of negotiations and don’t collect any project fees from either the business or the freelancer.”

McLaughlin notes that many creative freelancers have more than one specialty. “I know people who shoot and edit film and video, but are also writers, voiceover talents and on-screen or on-stage actors. We allow people with multiple specialties to advertise all their talents on their profiles and bid on any projects for which they feel they’re qualified,” he says.

Once a business has created its profile, it can post an unlimited number of audiovisual projects at no charge. Creative professionals can also post their profile on the site for no charge. But in order to bid on projects, you must pay a yearly membership fee of $299.

The freelance job market is booming because many companies are looking for specialists to work on short term gigs. The number of people becoming freelancers continues to boom as well. It’s been estimated that one-third of Americans earn some or all of their income through freelance projects. By 2020, that number is expected to increase to 50% or more.

McLaughlin created AVgig.com to better serve creative professionals whose skills were being lost on the ultra-large freelance job sites or under-represented on or smaller freelance sites that cater only to a single specialty such as voiceovers. To learn more about video production, check out the hands-on workshops and online webinars offered by the publishers of Videomaker magazine. In February, Videomaker is holding workshops catering to videographers of every skill level. The workshops will be conducted at the magazine’s headquarters in Chico, California.

This three-day, hands-on course is for experienced videographers who want to take their editing results from “good enough” to great. If you have read articles, watched instructional DVDs, and studied enough theory to understand the basics, this course can help you take your work to the next level and gain the confidence to make pro video productions. You will work on an HP mobile workstation and use Adobe professional editing software while learning advanced techniques such as time remapping, advanced trimming features, and multi-camera editing.  Space is limited to 30 students. 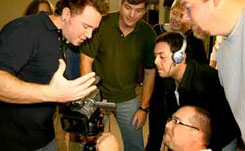 In this beginner-level course you will learn the entire video-production process from planning to shooting, lighting, editing and audio work.  You’ll get practical experience in planning, shooting, and editing a video project from start to finish. Learn the skills to start making professional video in a fun and friendly environment where you don’t have to be an expert to benefit. Space is limited to 28 students.

If you can’t afford the time or travel to attend one of the hands-on workshops and simply want to sample the quality of the instruction, register for one of Videomaker’s upcoming webinars.

See the “Events” page on the Videomaker website for the complete schedule of upcoming workshops and webinars.

A new training DVD from Videomaker magazine can help aspiring movie directors make better films and videos. “How to: Directing and Pre-Production” is a complete resource for any director who wants to better understand the many decisions and actions that can affect the success of a movie. 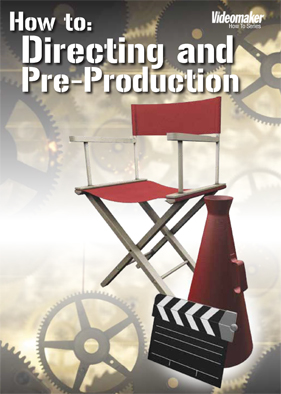 Newcomers to video-production might not be aware of everything that goes into directing a film. Before shooting begins, you have to make all the decisions about every aspect of the movie—from scripting to lighting to sound. Then, you must coax stellar performances from an entire cast of actors, while keeping the behind-the-scenes crew under control and on the ball. And, you must do it all under budget.

This training DVD shows you some of the tricks experienced directors use to make sure the production never leaves their control. The DVD includes helpful advice on the six key areas listed below.

How to Break Down a Script. Learn how to “read between the lines” to turn scripted words on paper into compelling footage. Learn how to flesh out characters and discover the story of the next great production.

How to Cast a Production. To cast the best possible actors in your video, you’ll see tips for drawing out an actor’s potential during the audition process.

How to Organize a Shoot. This segment shows how to put together a storyboard so that actors know where to stand and the camera crew knows where to shoot. See how to manage a production schedule so the shoot doesn’t run wild!

How to Block Shots. This important step involves making sure that the actors are in the right position so they don’t appear to be talking to thin air instead of each other. Blocking determines the direction of the shoot.

How to Get Good Performances. Learn what direction you can provide to help your actors give you their best work.

How to Manage a Crew. See how to manage your crew to keep your production moving efficiently.

The DVD is available on the Videomaker website for $24.95.

Videomaker magazine was founded in 1986 and was the first magazine to introduce video to a mass, non-industry audience.  As the video field has exploded, Videomaker remains dedicated to its mission of encouraging aspiring directors and documentarians to use video technology to find their own voices and tell their own stories.

Today, Videomaker is more than just a magazine. It has grown into a robust online community. In addition to offering training DVDs, Videomaker offers videos-on-demand, webinars, and hands-on video training workshops.  For example, you can learn skills such as:

Every month, more than 50,000 professional videographers, independent filmmakers, and home video hobbyists turn to Videomaker to get the latest news and ideas on video production.

Videomaker DVD: How to: Directing and Pre-Production