PHOTOGRAPHERS. This will be a big week for imaging-technology rollouts, as the 2012 International CES opens today and runs through January 13. The Consumer Electronics association (CEA) expects this year’s consumer-electronics show to be its most innovative show on record.

More than 20,000 new products are expected to be announced this week as more than 2,700 exhibiting companies vie for the attention of 140,000+ attendees and 5,000 journalists. 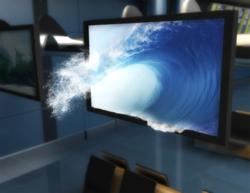 If the latest forecasts from GfK Digital World and CEA prove correct, 2012 will mark the first year that global spending on consumer technology devices surpasses $1 trillion. This represents a 5 percent increase over the 2011 figure of $993 billion. The key drivers for growth are expected to continue to be mobile-connected devices, such as smartphones and tablet PCs. Sales of tablet PCs, which reached $39 billion this year, are expected to show double-digit increases in 2012.

For the first time, the annual convention and trade show of the Photo Marketing Association (PMA) has been integrated with CES.  The convergence seems natural as digital photography has enabled visual communications to play an integral part of our everyday lives.

Consumers today carry camera-phones everywhere they go, and take pictures as a means of documenting and sharing day-to-day experiences more than preserving memories. The Instagram app has become one of the most popular apps in the ITunes.

At CES, exhibitors will be showcasing hundreds of new apps and smartphone accessories, new 3D and touchscreen displays, and innovative standalone cameras such as the Lytro and the Zink-enabled Polaroid Z340 instant digital camera.

Should professional photographers feel threatened by the growing power and versatility of smartphone cameras?  Not those who make the effort to adapt.

An essay in the December/January issue of 6Sight Magazine recaps comments Joe Byrd made at a PMA@CES press preview: “Photography is a booming business across the world today. More photos are being taken by more people and shared in more ways than ever before, and it’s all steadily trending upwards. With so much activity and interest there are plenty of opportunities for everyone in the industry to make money. The only remaining question is: How? How do I need to change what I’m doing to capture my share of revenue from this rising tide of interest?” He advises photo-industry professionals to find a niche in the expanding sea of opportunity, then learn what it will take to prosper in that niche.

“The bright future of imaging is yours to grab,” says Byrd. “If you only take this opportunity to figure out what works best for you.” 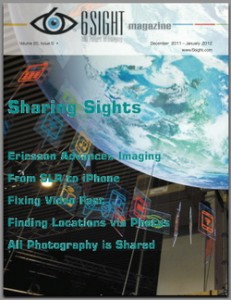 From High-End Film Photos to iPhone Photography
In an interview conducted by Paul Worthington, long-time pro photographer Jack Hollingsworth explains why “iPhoneography” has made him more passionate about photography than ever been. Hollingsworth says, “I really feel it’s the greatest time alive to be a photographer today. The opportunities for the entrepreneur in the photography space are astounding.”

For more detailed coverage of new product introductions, tune into the CES Channel on YouTube.