Start the New Year with a creative bang by participating in the fourth annual camera phone photography contest sponsored by studio b. From midnight on December 31, 2011 until midnight on January 1, 2012, use the camera in your iPhone (or any other smartphone) to shoot your activities or whatever captures your fancy during the dawning of the brand-new year.

“Shoot your life, your food, your dog—anything and everything,” urges Colleen Duffley, the world-class advertising and editorial photographer who founded studio b. “The only rule is that all images must be shot with a camera phone.” 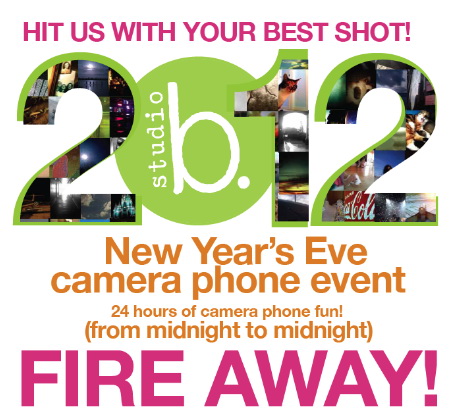 There are no fees, and you can enter as many images as you like. Identify each image with your name, the title of the shot, and where you took the shot. Send your images to scoop@studiobthebeach.com by Tuesday, January 3, 2012.

Some images will be selected for inclusion on studio b’s pioneering Light Impressions exhibition which showcases the work of 40 of the world’s best smartphone photographers on 40 iPads. Slideshows from contest participants are also posted on studio b’s website where they may be viewed by some of the influential editors, artists, and designers Colleen befriended during her long, globe-trotting career in photography. In addition to being featured in the online gallery, some images will be printed and displayed in studio b’s art gallery.

The goal of the event is to help show how people of all ages are using their camera-phones as instruments of creativity.

What is studio b?

Located on the picturesque Emerald Coast of Florida’s Panhandle, studio b is an inspirational learning environment for all things creative. Participatory events, seminars, classes, and lectures bring together best-of-the-best pros from around the world with knowledge-seekers of all ages and backgrounds. Studio b programs have included hands-on learning experiences in photography, art, literature, fashion, design, music, and the culinary arts.

For example, attendees have learned how to cook pieorogies, build a bamboo bike, sew, paint, and sculpt. They have experimented with clay and other mediums and techniques such as encaustics, a painting method that involves pigmented beeswax. Studio b attendees have learned about cooking from a James Beard- award-winning chef and organic olive oil grower from Italy and held Q-and-A sessions with the director of a film that won an award at the Sundance Film Festival.

The idea for studio b originated as Colleen struck up friendships with some amazingly talented people while she traveled the world shooting images of food, fashion, and homes for magazines such as Better Homes & Gardens, Traditional Home, Elle Décor, Bon Appetit and commercial clients such as Carnival Cruise Lines, Neiman Marcus, and Doral Resort and Spa.

She often wished some of her other friends could have joined in these memorable experiences. So Colleen decided that the best way to make this happen was to invite some of the friends she met during photography shoots to give events at studio b.

Last October, Martie McGuire and Emily Robison from the Dixie Chicks spent a week at studio b writing music for the next CD to be released by their new band, The Courtyard Hounds.

They performed some of the new songs and mingled with a small group of music lovers who gathered at studio b for what turned out to be a fun and interactive evening.

Like other program-presenters, Emily Robinson found the “studio b experience” to be just as stimulating as the attendees did. In a letter to Colleen, Emily wrote:“For artists of any kind, finding new ways to be inspired is essential to our existence…or at least our work.” She says that after meeting Colleen on a project and learning of her other passion, Studio b, “It was clear to me how much we had in common. I, too, was at a point in my life where I was looking for that plan b…a way to be inspired, try new creative things and learn from other creative people’s work.” She says, “Studio b is a beautiful place for all of these things to come together, which is why we love being a part of the b.”

Although studio b hosts many non-photography-related events, the camera-phone contest was the first event ever conducted by studio b. When Colleen launched it four years ago, the cameras in phones weren’t nearly as robust as they are today. Yet she could easily imagine how life-changing camera phones might one day become.

Others could see the possibilities too, because that first contest attracted more than 1,000 entries from all over the world. The first entry arrived at 6 pm U.S. Eastern time, from a photographer in Spain.

Last year, as the iPhoneography movement really started to take off, Colleen decided to take the image-sharing event to the next level. So, she created a “Light Impressions” installation, in which 13 selected works from 40 iPhoneographers play as slideshows on 40 iPads. The iPads are mounted on a piece of metal salvaged from the buildings ruined by a Gulf Coast hurricane. 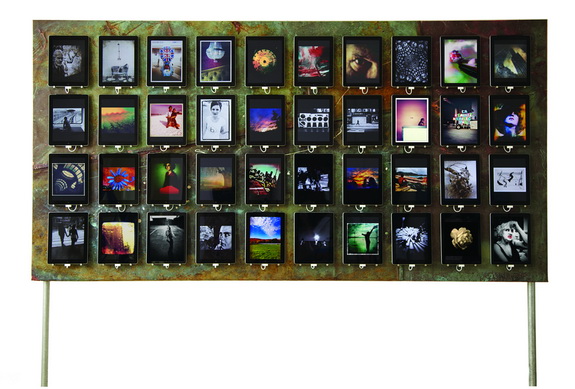 “Because the images are always moving, the Light Impressions exhibit itself is always changing,” Colleen says. “No matter how many times you look at it, you see it differently.”

Some images currently displayed on Light Impressions came from studio B’s call for entries. Others were supplied by 20 artists who have already become known for their pioneering work in iPhoneography art.

“It’s remarkable to see how much the quality of camera-phone photography has improved since that first contest,” observes Colleen.

This year, the Light Impressions exhibit will be shown in: Miami, Florida; Birmingham and Florence, Alabama; Atlanta, Georgia; Austin and Dallas, Texas before being transported oversees for exhibitions in London and Manchester, England; Dublin and Cork, Ireland; and points beyond.

B Inspired! Join the Community 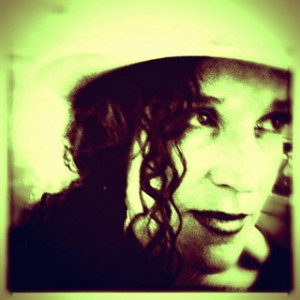 Colleen Duffley believes creativity brings strength and confidence to everyone, which is why she is so excited that people from age 9 to 90 participate in the annual camera-phone imaging contest and other studio b. events.

You don’t have to live in Florida to be part of the studio b. community. To learn about other opportunities to participate in 2012, visit the studio b. website and sign up for their newsletter.

In the newsletter, studio b. will be announcing some international trips that will enable you to enjoy the types of amazing experiences Duffley had on some of her photography assignments.

She still loves doing photography assignments, because photography is her passion. But she also loves the assignments because they continue to bring more people in to the b.

Colleen Duffley is fully committed to helping many more artists experience opportunities they might not otherwise have. When you join the studio “b-list” to receive the newsletter and other announcements, you will have the chance to experience some “a-list” events.