DESIGNERS. MakerShed.com, the official online store of  Make: and Maker Faire, has added the new Sprout desktop design platform by HP to its list of featured products. Customers can now purchase Sprout in Maker Shed.

Sprout is the world’s first immersive computer, which enables consumers to bring their projects to life through 3-D scanning, touch experiences, and high performance hardware and software.

“This computer is an incredibly innovative tool for Makers,” said Sonia Wong, General Manager of Commerce at Maker Media.  “We’re proud to have it available in Maker Shed because it’s changing the way people create and use technology for projects from art and design to prototyping.”

The initial idea for Sprout started as a collection of hardware and software to deliver a 2-D experience, but it grew into a powerful 3-D platform. With this type of creative computing technology, this computer has been able to break down the barriers between physical and digital, changing the way Makers engage and interact with the world around them.

“Our goal was to use Sprout to create new computing experiences by reimagining the way people collaborate and create projects,” said Eric Monsef, head of highly immersive systems at HP. “We designed it with Makers, artists and innovators in mind, so we’re excited that it’s now available at MakerShed.com.”

For under $2,000 customers can own this all-in-one computer for designing and creating projects. Users can capture real world objects in 3-D and apply and edit them from either Sprout’s touch screen or touch pad in an instant. With such a simple user interface, Sprout makes getting creative easy and fun for all ages. The computer is incredibly powerful, boasting an Intel Core i7 Processor, 1 terabyte of storage and a Windows operating system.

To learn more about the capabilities of Sprout and to purchase, visit the product page on MakerShed.com.

Headquartered in San Francisco, Maker Media is the publisher of Make: magazine and the producer of Maker Faire. It also develops “getting started” kits and books that are sold in its Maker Shed store as well as in retail channels. The Make: brand caters to a universe of more than 25 million makers collectively across its Make: magazine, makezine.com, Maker Faires, and Maker Shed properties. 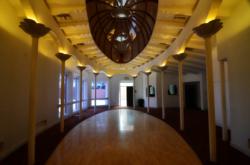 ArtFire.com, an online marketplace with over 100,000 members worldwide, is converting the historic Bates mansion in downtown Tucson, Arizona into their new headquarters and an artisan driven maker space.

The new “Maker House” will be a community hub and education space for artists, artisans and creative entrepreneurs. It will also provide access to equipment that artists and makers might not have readily available in their home studios, such as 3D printers, vinyl cutters, kilns, screen-printing presses, paper embossers, and computer-guided sewing machines.

The Maker House will also include meeting rooms, communal workspaces, and a coffee bar. A 5,000 square foot courtyard hidden behind nine-foot walls can be used for outdoor concerts and other events. Watch for the grand opening of The Maker House in September.

“Moving Artfire.com into this wonderful historic space perfectly matches both the future of tech companies in Southern Arizona and our commitment to artisans and the creative entrepreneur,” said John Jacobs, CEO and Founder of ArtFire.com.

“I can’t imagine a more fitting space for a project that offers new collaborations for creative people,” said Tony Ford, the co-founder and COO of ArtFire.com. “Creating a physical space that mirrors the variety, diversity and collaboration of our online artisan community and joining that to the indie artist community in Tucson is a perfect way to extend the ArtFire brand.”

ArtFire.com was founded in Tucson in 2008 by entrepreneurs with a passion for handmade art and indie business. The site currently features 1 million items from 15,000 artists worldwide. More than 2.5 million shoppers visit ArtFire.com each month.

How to Create an Online Store on Artfire.com 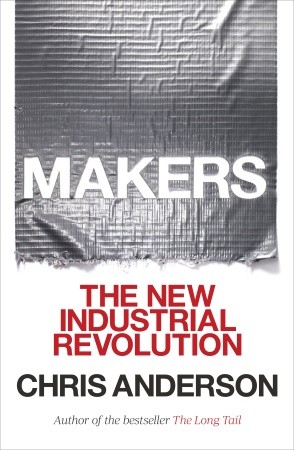 This is the time of year when bloggers publish lists of trends for 2013. Sure, I plan to do that on this blog, too. But if you want a broader view of where trends can lead, I encourage you to read an important book published in October by Random House.  It’s entitled “Makers: The New Industrial Revolution” by Wired magazine editor Chris Anderson. Like Anderson’s previous best-seller “The Long Tail: Why The Future of Business Is Selling Less of More,” the book “Makers” will help you make sense of multiple trends that have gained steam over the past several years.

“Long Tail” outlined opportunities for entrepreneurial self-publishers of niche books, music, and photo products. “Makers” can help designers and other freelance professionals better understand how to capitalize on emerging opportunities for independent work.

The book contends that the collective potential of a million garage tinkerers and enthusiasts is about to be unleashed, driving a resurgence of American manufacturing. This new industrial revolution will be driven by “The Maker Movement” and technologies that give everyone the power to be inventors.

While we won’t see the return of giant factories employing armies of workers. Anderson believes The Maker Movement will usher in a new kind of manufacturing economy—one that is built from the ground up, broadly distributed and highly entrepreneurial.

As Anderson points out, the idea of a ‘factory’ is changing:  “Today, anyone with an invention or good design can upload files to a service and have the product made, in small batches or large, and make it themselves with increasingly powerful desktop fabrication tools such as 3D printers. Would-be entrepreneurs and inventors are no long at the mercy of large companies to manufacture their ideas.”

Instead of having to find salespeople or distributors to sell their products, an inventor can simply set up an e-commerce site that can be easily found through a Google search.

He says one of the great opportunities in the Maker Movement is that companies that start out online can be both small and global. They can be both artisanal and innovative.

Anderson believes that the energy and creativity of entrepreneurs and individual innovators can reinvent manufacturing, and create jobs as their small businesses grow bigger. In the book he cites dozens of examples and other experts who agree that in the “New Industrial Revolution,” smart, creative people can discover and exploit billions of new entrepreneurial opportunities.

In addition to the rise of rapid prototyping and 3D printing technologies, the New Industrial Revolution is being enabled by online communities (for research and development), crowdfunding sites such as Kickstarter (for quickly raising capital), and social-media (for word-of-mouth marketing).

As Anderson points out, inventors today aren’t working in isolation in their garages or basements. Instead, they are likely to collaborate online with communities of equally obsessed people.  This can compress decades of development work into months.

“Making things has gone digital: Physical objects now begin as designs on screens, and those designs can be shared online as files,” writes Anderson. “This has been happening over the past few decades in factories and industrial design shops, but now it’s happening on consumer desktops and in basements, too.”

According to Anderson, the number of shared production facilities (“makerspaces”) around the world is growing at an astounding rate. He observes, “This nascent movement is less than seven years old, but it’s already accelerating as fast as the early days of the PC.”

The Long Tail of Talent

In the New Industrial Revolution, companies will be smaller, virtual, and informal. Most participants probably won’t be full-time employees, but rather virtual teams or workers that form and re-form as needed.

As was discussed in another book covered on this blog, (“The New World of Work”), Anderson says companies won’t be limited to hiring only people in their immediate vicinity who are willing to work for them. Instead, they can easily find and work with the best qualified people from around the world.

Anderson points out that “The Web allows people to show what they can do, regardless of their education and credentials. It allows groups to form and work together easily outside of a company context, whether this involves ‘jobs’ or not.”

Whereas companies are full of bureaucratic procedures and approval processes, communities form around shared interests and needs and have no more process than they require. An online community exists for the project, not to support the company. Yet communities can’t make physical goods by themselves.

Anderson’s book is filled with dozens of examples that illustrate how The Maker Movement has evolved and how existing manufacturing operations are benefitting from new approaches. He also shares his own experiences forming 3D Robotics Inc., a company that make aerial robotics products that were designed by an online community.

The Long Tail, Revised and Updated Edition: Why the Future of Business is Selling Less of More